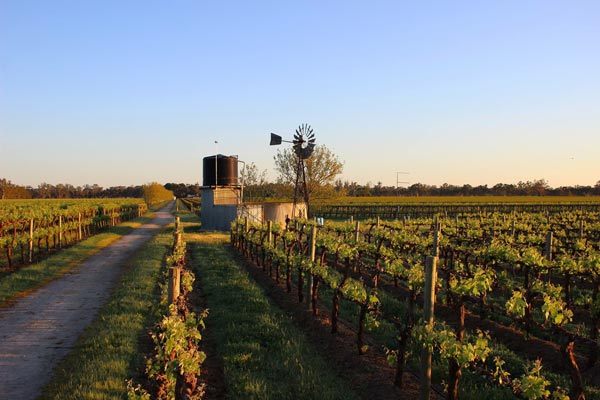 2017 finished with 643.8mm, some 228.8mm above the previous 10 year average. September, October and December months were all well above average rainfall. The second half of March 2017 was very cool and we received well above average rains in March and April. Ripening was progressing well until the cooler second half of March slowed it to a stop for nearly 2 weeks. Eventually Progress was made and harvest got well underway until the heavy April rains came which put urgency on picking the Cabernet Sauvignon. Some earlier picks were carried out to avoid disease and the results were very pleasing at lower Be’s than we usually look for.

The season commenced 2 weeks later as a result of the cooler wetter spring and didn’t catch up any time through the summer. This resulted in a later start to vintage and a much later finish. Shiraz our biggest variety was picked an average 5 weeks later than last year and we finished cabernet Sauvignon at the beginning of May (more due to winery space which delayed picking by up to 2 weeks) White crop yields were on or slightly above average while red varieties were well above average overall with some of the highest yields seen since 2004.