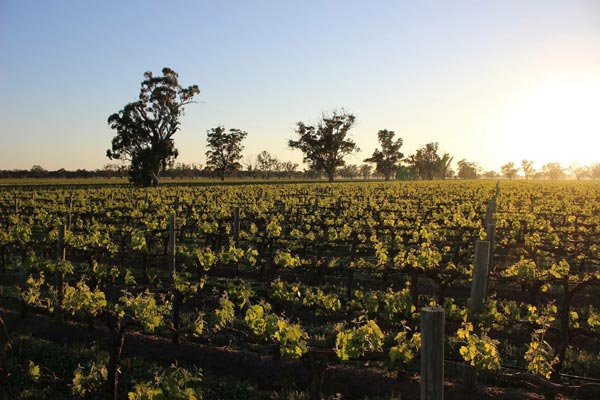 In the first four months from September the vineyard received nearly 160 mm of rain whilst the second half saw rainfall fall to 25% of normal. This gave us almost perfect flowering conditions with healthy canopies early and perfect ripening conditions later. All up the timing of the whole season could be considered long-term average. Budburst mid-September, flowering late November and Veraison mid-January.

Yields were at a level that gave us some supreme quality particularly in the reds.

Passing showers commenced 21st March giving us cloudy, humid conditions. These minute amounts of rain would normally bring diseases to ripening fruit but the vineyard held up wonderfully with no drop in Baume’s and no disease to be found. We were fortunate to harvest all that the vines gave us.